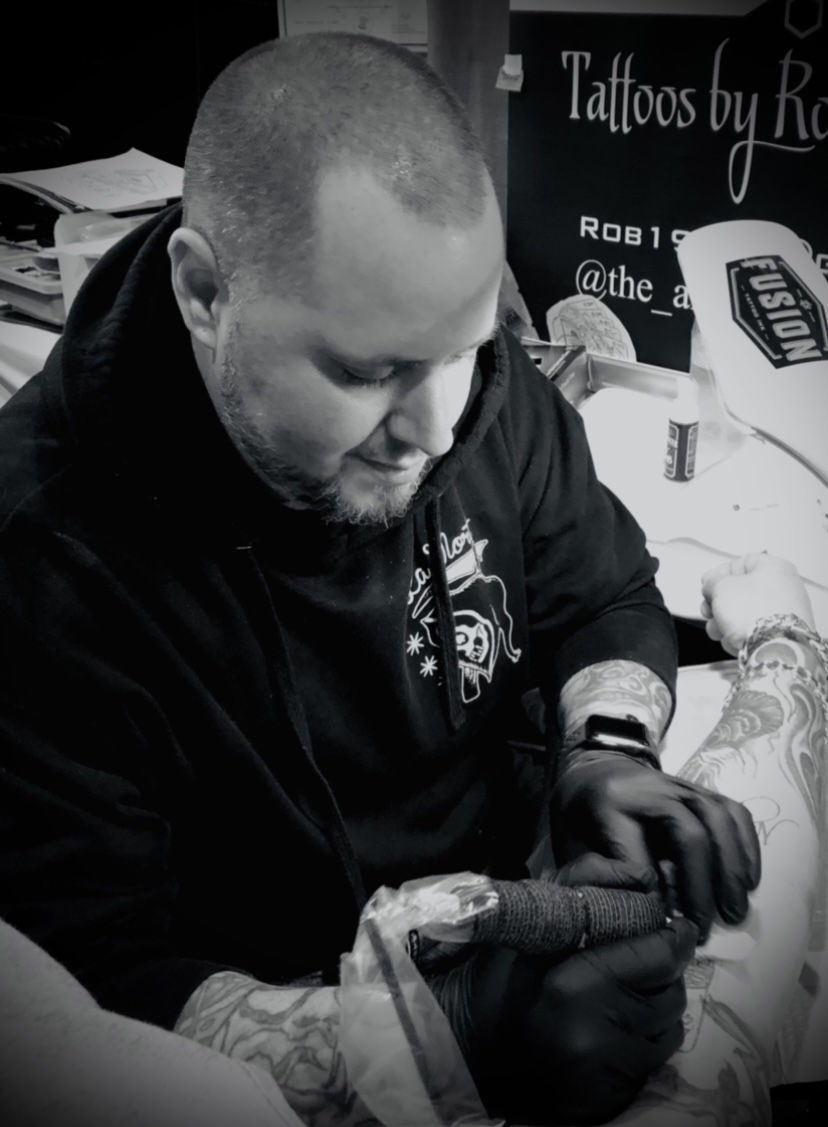 Born and raised in New England, Rob spent most of his cold winter days indoors with a pencil and sketchbook learning to draw.   After majoring in Art in school, he attended college where he earned a degree in graphic design from the New England Institute of Technology. After college Rob got interested in learning to tattoo, and with a few years of practice on friends and family, he got an apprenticeship. In 2008 Rob earned his tattoo license and, in 2012 he attended his first tattoo convention and quickly became thirsty for information. Rob soon took up oil painting as a way to practice composition and style outside of tattooing. After taking dozens of seminars and working with some of the best in the industry, Rob has combined the knowledge from his art background, and his tattoo career to bring a unique style of black and grey, and color tattooing. With his New England upbringing Rob enjoys tattooing wildlife portraits and nature scenes as well as skulls, flowers and other organic imagery. 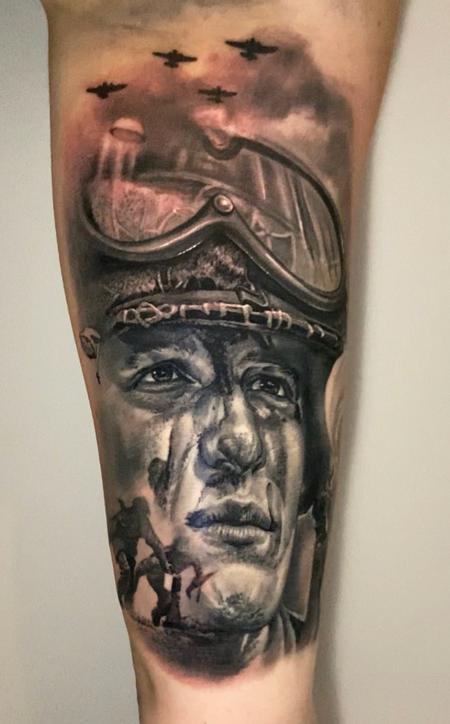 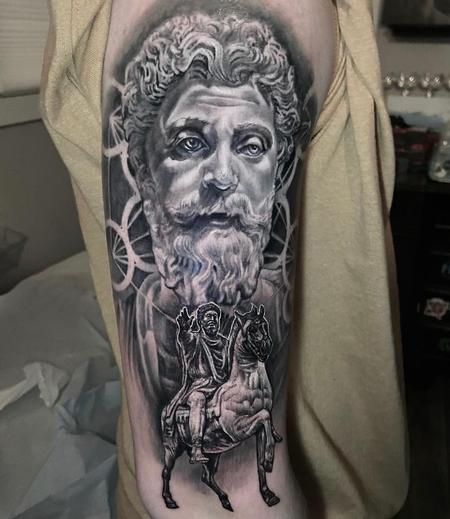